This release adds the ability to invoke an operation multiple times and reports the averages for each invocation. 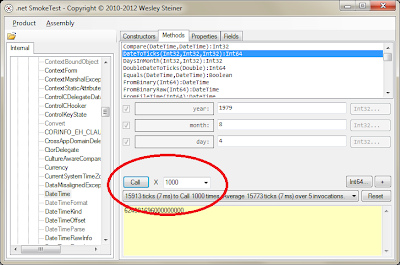 Also available are the average stats for each subsequent call.
Posted by Wesley at 6:36 AM 1 comment: